Why using a framework is a great idea

If you have paid for a website design service before, you probably would have heard of frameworks.

But just in-case, a framework is like a basic structure of a website, without all the fancy looks and effects.There are all kinds of free open source frameworks today. You could find so many of them, from PHP frameworks to CSS frameworks, and even app frameworks for mobile phones. It’s a whole new world I tell ya.

A very good example being wordpress, the framework I used in building this site and most of my other websites.

So you might be thinking, why not just build a website from scratch? Why use something that might limit your customization? Well let me explain to you why using frameworks is a great idea.

The guys that build most of these frameworks are the “geekiest” of geeks. Make no mistake about it. Apart from the crappy ones that is. I’ll advice you stick to wordpress, Joomla and Drupal. Although they have varying levels of capabilities, they all have been tried and tested.

So you have all these geeks put all their coding efforts into this one framework and then give it out for free!!! Do you have any idea how cool that is?

These guys abide by the best of clean coding (most of them), they go by industry coding standards and they always fix the bugs as they emerge.

Coolest thing that happened to the 21st century is open source

Now don’t get this wrong, open source means everybody can download and do as they will, including hackers. So it’s not 100% secure. But with the right knowledge of the framework, security could be beefed up in less than a day.

Plus, these guys keep fixing security issues as they arise.

WordPress can be a sucker for newbies, I got hacked like three times when I started out with it. But not since I paid attention to better security measures.

And in truth, a custom built site hardly focuses on security. Unless its been designed for specific reasons that need high level security. Most web designers just forego that process.

You just might open your site one day and see “Who be that Igbo boy”. Lol, I saw that once. Hacked!

Like I said in my post how much should your website cost, I explained how using a framework can reduce the cost of your web design service.

Basically, using a framework reduces the amount of work a designer has to do. So most times, it reduces the cost of service, as long as the designer is considerate.

Building a custom site from ground up most times is more work than people imagine. And it’s basically reinventing the wheel.

It’s like saying you don’t want to use detergent to wash, you want to start by making your own soap first. Now the thing is, unless you are removing a stain the world has never seen before, that’s a pretty stupid thing to do.

I got a call once form “some guy”, he wanted a website for a praise concert. He wanted it in two days, and he did not want a framework. He needed it custom built.

I almost told him to shove his foot up his… *censored*

WordPress currently has over 21,000 plugins available for free. Not counting the premium plugins.

In the hands of a wise web designer, this is a gold mine. In the wrong hands however, it could be a minefield. So be careful.

In my opinion, wordpress could be used for anything. If a plugin hasn’t been built to convert it into what you need it to be, you could build a custom plugin for that.

Most frameworks are constantly updating their software’s. Making it safer for people to use and making them even more advanced than they originally were.

This takes care of a lot of maintenance issues. And with a few more tweaks here and there, it could enhance the performance of websites multiple times over.

I can vouch for WordPress. It’s trusted by 48% of all bloggers in the world. Get that? 48% of all blogs on the surface of the planet run on wordpress. Still not impressed? Here are some of the top brands using wordpress to power their blogs or sites

Tell me you aren’t impressed.

There you have it. If you ever doubted frameworks, especially wordpress, reconsider.

Don’t forget to sign up for my blog digest, I send them out whenever something new comes up. Do sign up for it. Thank you.

Have any other framework you use, tell us about it.

Cheap and Quality Android for just N17,000 – Android One 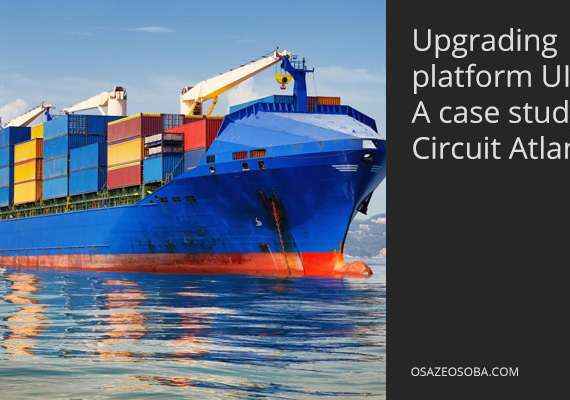