If three years back, someone had told me so many Nigerians would be shopping online, I would probably have just laughed about it and not even bothered to argue my case. But like I said in my last post “And then we found eCommerce”, the tides have changed in favor of the tech savvy Nigerian, and all things eCommerce are blooming, well at least the serious ones are.But it’s no news that these sites can’t match what we hope to see just yet, the inventory of sites like Amazon.com and Zappos would take years to build, time not all of us have to sit around waiting. Its why Nigerians still prefer to go out of the local market and get the best eCommerce has to offer on the best eCommerce sites.
And that’s where the challenge sets in. Not all these sites would accept our cards, its challenges like these companies like Circuit Atlantic have set out to solve. But for those lucky enough to have cards they can shop with, logistics becomes a pain in the rear, and the excessive charges of companies like DHL and UPS just destroy the idea of getting it cheap, this challenge gave birth to Shippyme. With an easy to use interface, automated updates and precise charging system, I dare say it’s a huge step forward for the Nigerian US-to-Nigeria Logistics Industry. So my aim in this review is simple, give you a bird’s eye view of Shippyme so you don’t go in blind.

This is the typical journey of the first time Shippyme customer. You stumble on the site, or are referred to it, you sign up and activate your account. Once done activating, you get a FREE U.S. address to use as your personal forwarding address. I for one think this is a nice step, considering most other people charge for it, anything received at your U.S. address is logged in your Shippyme account and a notification is sent to you. So assume I am buying a phone from Tigerdirect.com, I make the purchase and use the U.S. address given to me as the delivery address, my phone is sent out to the Shippyme warehouse. Once done making the purchase, I make a booking on Shippyme, this basically says, I have a phone coming in soon, look out for it, charge me for shipping it when it comes. Once received, im immediately notified and my shipping cost is updated on my account, an automated mail is sent out to me to say “Hey, we got the phone, and this is how much it’ll cost to ship it..”, I paraphrased that though :). The item is sent out that same week, I get it the next week, during this period I’d most probably have already paid the outstanding balance. Then I have the option to pick up at the Lagos office, or have it delivered to me anywhere in Nigeria either through Trannex or ABC. Pretty simple right? OK, let’s take it apart and have a closer look inside.

I know you were looking out for this one, so I’m gonna break it down real good for you. Costs for shipping have been designed to be dynamic, in a bid to favor business clients sending in a lot. So you start out paying $5.5/lbs(pound) or $12/kg and the system drops that rate as the shipping weight of the items being sent increases, so if you are sending a 20lbs item for example, you’d be charged $5/lbs. push that up to 70lbs and you are charged $4.5/lbs, it drops to as low as $4.25/lbs. For all my business friends only familiar with the kg system, 1kg = 2.2lbs, and if you need to know how I got all those figures, there’s an easy and quick way to get estimates, simply follow this link ‡ http://www.shippyme.com/quickestimate/select-package-size/
So let’s take a simple case study (I like case studies J), I recently bought 20 7” tablets to sell, and I used Shippyme in sending them down to Lagos after making the purchase on eBay, I ended up paying N18,900 for shipping. That’s N945 per tablet, if you know how chap tablets can get on eBay, you’d know I can get a really good markup on those tablets and make a lot on them. I guess that should clear the “money” air for a lot of folks.

It’s down to pros and cons people and I’d like to start out with the interface, God I love the interface. Nigerians always have a way of making things look annoying, but the Shippyme developers took their time on this one. You think I’m lying? Check any similar company’s website, open a new tab and go to Shippyme, compare them. Go ahead, check them. I’m a designer so I love good design, please forgive me for being forward about it.

Next is the instant invoice. It’s always a good thing to get an idea of how much it’ll cost to do stuff before you actually get them done, the get a quick estimate button really helps a lot with this, surprises when it comes to money doesn’t always have a happy ending. And where you have no idea how much it’ll cost, you can select to be billed when the U.S. team receives the items. Right after all of that are the options you get to choose from, this kinda gives you control over what happens with the shipment. There’s the option to consolidate or ship items as they come in, although that wouldn’t save you money now would it. There’s also the option to strip the packages on delivery boxes, for example, Amazon sends a shoe, which by the way already has a box, inside a bigger Amazon box. Its like a setup to get all of us doing international shipping to pay through our noses! I mean a big box in a bigger box? Who does that? So the stip option makes the U.S. staff throw away all unnecessary packaging and send out the barest minimum so as to save on cost. Then comes the highly deliberated insurance cost. Knowing Nigerians, most wouldn’t select that option because its non-refundable, bad thing is, if anything goes wrong, Shippyme wouldn’t be held responsible. I think this option is best for electronics though, and other sensitive items.

Logistics sucks. After all is said and done, its so tricky a business even UPS wouldn’t give you a 100% guarantee on delivery times. That’s the life we have come to know in Nigeria, hopefully if there is a minister of customs or something like that, some smart person would be put there at some point to ensure things run smoothly. So even if delivery could be fast – take for example the phone I’m using right now, bought it from Amazon and got next day delivery to the U.S. address, this was a Wednesday, phone got to the U.S. address on Thursday, sent out on Friday to Nigeria, had it with me in Lagos on Thursday, just about a week – things are not always so smooth. I mean how can customs office go on break because their boss retired?! Isn’t that when they are supposed to buckle up and perform better or something? God help us. Companies like Shippyme are such that are not sufficient on their own, these dependencies on external parties, like the customs office, give way to marginal error. As such, I would advise business clients to always have a time cushion, don’t wait till when your deadline is in view before taking action, give +/- 4days of the estimated delivery time.
Next up is the fact that Shippyme as a company only supports U.S. delivery for now, there are plans to move into other international markets but as of the time I am writing this post, just the U.S. Let’s hope China and London are next on the list, that’s gonna be a huge bump.

I love shopping online, as you might already know from all my previous posts about online shopping, so you would understand my excitement about a new channel that opens a wider market to do even more. Think of getting friends there to make in-store purchases for you at sales periods and sending them to your Shippyme address so you get them in Nigeria… the possibilities are endless. I think it’s safe to stop here, been getting wind of more improvements to come on the platform and you can be sure I’d highlight them here when they happen.

*DISCLAIMER* I do my best to write open ended reviews, but I was working with the Shippyme staff in some way as at the time of this review. I have done my best to write this with a free mind, even though it might not be completely unbiased. So if you want to probe me some more for things you think I left unanswered, feel completely free to do so, I’d absolutely love it, it’ll help the credibility of this post. But I hope it helped you in some way. 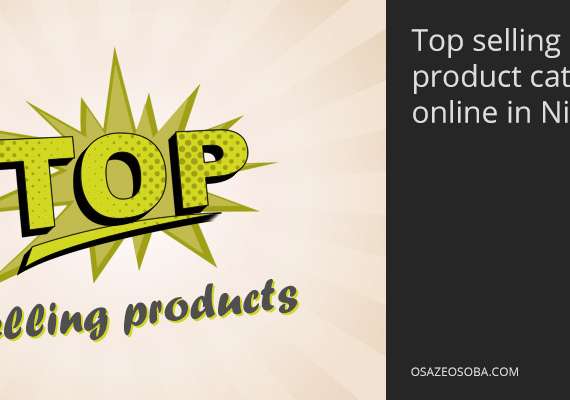 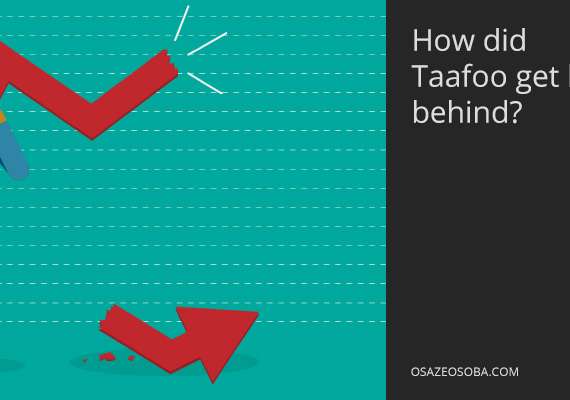 How did Taafoo get left behind?